Get fresh music recommendations delivered to your inbox every Friday.

In The Heart Of The Earth 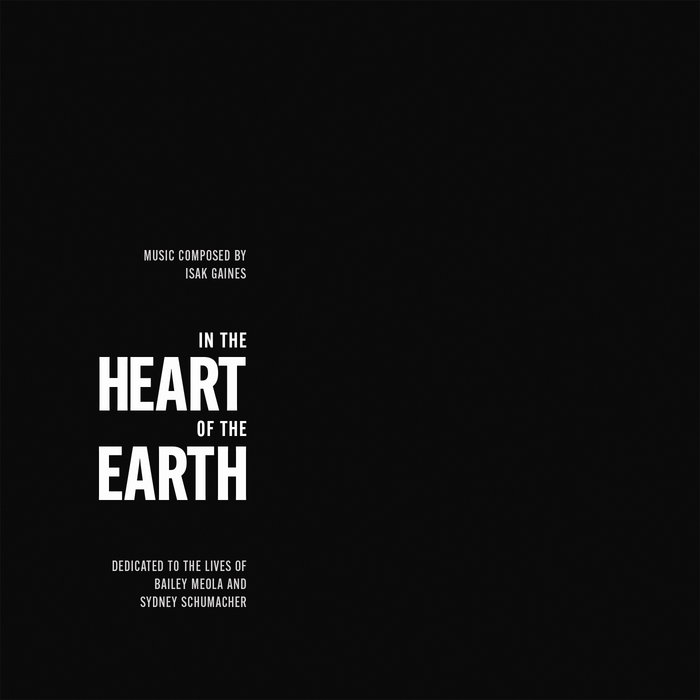 On April 25th, 2015, two good friends of mine - Bailey Meola and Sydney Schumacher - were killed by the Nepal Earthquake while trekking through the Langtang Valley in the Himalayas. I had known Bailey since we were 6 years old and in kindergarten together, and had become friends with Sydney in high school. Their death was a heavy blow at a time when I had just moved to a new city and was struggling to find myself, both as an artist and a human being. In The Heart Of The Earth is a piece for string sextet I wrote as a tribute to their memory, and an attempt to process my own grief.

I first met Robert Sadin later that year in what would turn out to completely alter the course of my creative journey. It was the first semester of my second year at the New School, and he was the professor of a class with the cryptic title “Special Topics”. I signed up on a whim not knowing that it would be far and away the most influential class I took the entire time I was in college - so much so, that I took it again every semester until I graduated. I was struck by the depth of his knowledge, particularly of classical music, and started studying with him one-on-one the following year. Not having done my proper research in advance, it was only after we began private study that I realized he had produced albums by some of the artists that had had the biggest influence on my creative identity thus far (Herbie Hancock and Wayne Shorter to name a couple). Simultaneously I felt like an idiot and couldn’t believe my luck.

I composed In The Heart Of The Earth over the course of roughly a year from mid-2016 to mid-2017, during which process Robert’s guidance proved to be invaluable. Studying with him taught me to nitpick at every aspect of my writing and forced me to get as much mileage as possible out of each idea. Once the composition was finished, I asked him about recording it and was ecstatic when he offered to produce the session. That December we traveled to Boston to record with a fantastic group of musicians assembled and conducted by his friend Donald Palma of the Orpheus Chamber Orchestra.

This is a piece that I’ve poured a lot of love and energy into, and it means a lot to me, both as a milestone in my development as a composer, and as a person processing the death of friends. Due to a long list of logistical challenges exacerbated by the onset of COVID-19, I’ve been unable to release the recording until now, but the stars have aligned at last and I’m incredibly proud to present In The Heart Of The Earth on April 25th, 2021: the 6 year anniversary of that tragic day in Nepal.


*All proceeds from sales of In The Heart Of The Earth will be donated to the Climate Justice Alliance. More info: climatejusticealliance.org

producer, composer, and multi-instrumentalist from seattle.
currently based in philly and nyc.

Bandcamp Daily  your guide to the world of Bandcamp